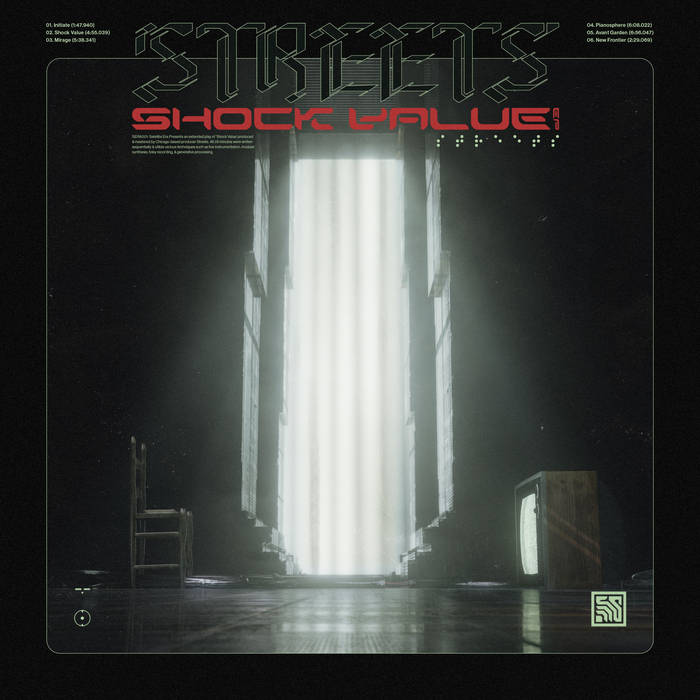 thehobotron Found sounds merge seamlessly into lovingly mangled electronics, familiar voices become distant and alien, and out of all of it comes 28 minutes of gorgeous music.

"The concept of writing a sequential EP came to me early in the ideating process as I've always been interested in the stylistic approach of writing a continuous album. There's so much thought to be given not only to the core arrangement of each track, but also to how one song transitions to another, the progression of the EP, & its overall theme.

Though staying in this format posed clear boundaries, I wanted to create these limitations as an artistic approach to force me to focus on a general story line for the EP.

A lot of my music has been created from "happy accidents," but continuity made me work on it all in order & establish proper ideas for the next track before moving on, from beginning to end. It also drove me to use many of the same base sounds in between tracks to tie them together, while transforming those same sounds into new ones... Forward progression. Another first-time technique I wanted to implement was the use of my own live instrumentation & foley recordings. With the help of a friend who's in the cinematography field, we used professional equipment to record the sounds of two Persian instruments: a Tombak for percussion, & a Santour for strings. These sounds would go on to be heavily processed & used for everything from drums, to ambient drones, to lead synths.

Now, I will briefly explain a bit of what went into each song & their interpretation from my own perspective:

INITIATE begins with the first sample I created & processed from my foley recording session; the sound is a comb traveling down the side of my Tombak, hitting against each carved crease of the drum. In typical STREETS fashion, I sampled vocals from the infamous Heaven's Gate cult, symbolizing the beginning of our journey through both this EP & our collective, SATELLITE ERA.

Though the main components of the title track SHOCK VALUE came to fruition in March 2019, it had seen a large revamp nearly a year later as my processes continued to grow. The theme is definitely fitting amid the chaotic times we are living through. We are all afraid & that's natural, but we are also constantly fed misinformation to make it worse... It sometimes feels like everything has been made to pry emotions out of us. Sampling a famous FDR speech that I love, the song then becomes full of "terror" after its finite middle where it then transitions into a kick-heavy, footwork-esque part. This sets the tone for the next track.

MIRAGE is explained within its simple name: an illusion. It begins with the transformation of one of the previous track's main synth into glitched madness, then quickly increases in energy as the infamous Amen break enters the space. The song's illusory aspect is met with a sample from Monty Python & the heavily processed sounds of my Santour, made to emulate the sounds you may hear traveling through space. My favorite single part of the EP ends up being its overall middle, where this song takes a turn & speeds up to catch the tempo of the next track. & now for something completely different...

We then land on PIANOSPHERE. This song likely has the most of my foley recordings in it, which fill everywhere from percussion to ambient pads & glitchy noises. Samples in this include processed vocals & sound effects from NASA recordings that I licensed from a BBC database. The track was also made using some of my favorite modular VSTs & effects for processing; it took me the longest to finish. This track represents a new setting for our story & also a new direction I'd like to explore within my own production.

Amid the chaos on this newly discovered artificial planet... We find the AVANT GARDEN. This track has a very similar feel to my older music, in both the overall sound & arrangement. I spent many hours getting the percussion down right, looping myself playing the Tombak & processing it to my taste. I made this song the longest because I had a lot to say... The most important concept to come from this: we all have a garden we go to. Whether it be in your mind or a physical location, it's in our nature to desire an escape from reality. Though friendly at first, like in the track, sometimes being in that garden for too long will delude your special place. This is represented with a sense of sorrowing energy in the song's end... The conclusion of my favorite 7 minutes of music I've ever written.

Finally, we arrive to the NEW FRONTIER. I wanted to make the end of this EP feel like the true start of my new direction in music along with the beginning of our beloved label SATELLITE ERA. I also wanted to create original ambient drones to use as I've never done that before. Again, in typical STREETS fashion, I sampled a speech from JFK to close it all out... I've always felt a sense of inspiration hearing him speak & perhaps that is needed now, more than ever.

Though this EP has spent just over a year in creating itself, the theme lined up perfectly with what we face today as a society. Though it's been a tough journey, wherever we may have traveled together during these 28 minutes... I hope you got to where you wanted be. Please love one another & be safe."

Special thanks to Gabriel Patino for setting up & executing the foley recording sessions.