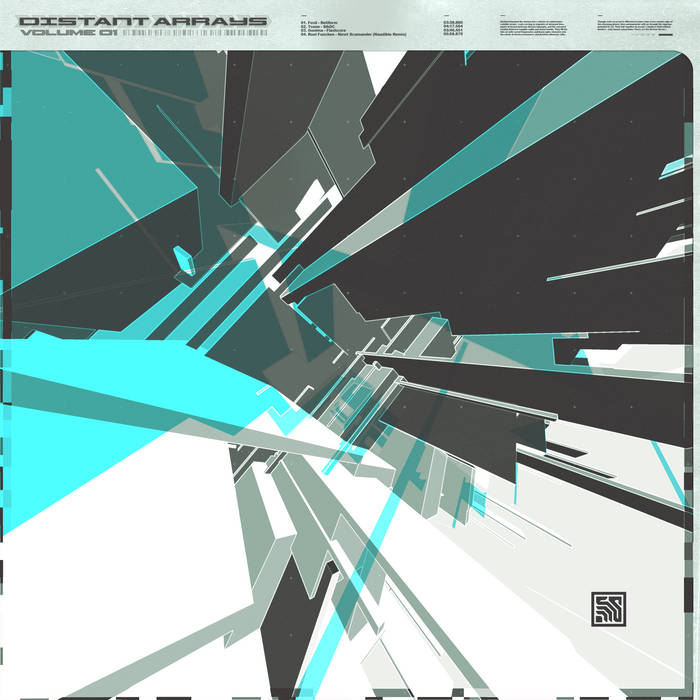 Out now on all major platforms: smarturl.it/lztg5v

Halfway around the world in Istanbul, Turkish producer Fosil has been making an international name for himself in the underground bass music community. He delivers a powerful introduction to the compilation with "Retiform," a clear nod to the aggressive breakbeat formula that has raided clubs and radio stations over the last few years.

Residing in Phoenix is multimedia artist Tony Obr, best known for his modular work as Tsone. Following up on our last release (SERA004) of his brilliant "Airmass EP," he returns to with a more cohesive yet demanding track named "SibDC." Created near the same time as his last EP, the song contrasts stirring ambient soundscapes with gritty percussive elements, all synthesized and performed live. Its progression is memorable and fits as a perfect sequel to SERA004.

Occupying the space above us in Montreal is Gonima - we welcome him onto the label with "Flashcore," a unique blend of breakcore drenched in lush ambiance. The track is filled to the brim with alluring moments, from the emotive melodic sequences of the warm pads, to all the motile percussion and glitch sounds in between.

Finally, we conclude our first compilation with a track from Portland-based producer Naudible. He contributed an official remix of "Newt Scamander" by the legendary Dutch producer Roel Funcken, completely reworking the groove while keeping the catchy horns and overall aesthetic intact. The track contains elements recognizable in older subgenres like electronica and drill 'n' bass - influences that we hold close to our hearts.

Distant Arrays is an immersive showcase of our audio/visual capabilities as a collective. We are honored to introduce you to our inclusive team, continuously expanding all over the planet.

"Stationed beyond the horizon lies a cluster of autonomous satellite arrays - each serving as capsules of detained time, points of transit between diverse concepts, and the sensorial relation between tangible audio and visual worlds. They fill the thin air with varied frequencies and beam optic elements into the minds of drawn newcomers and devoted adherents alike. Though each array hosts different creators from every remote edge of this decaying planet, they communicate with us through the vigorous potential of art. They link together to create a limitless field without borders – only human connection. These are the Distant Arrays..."